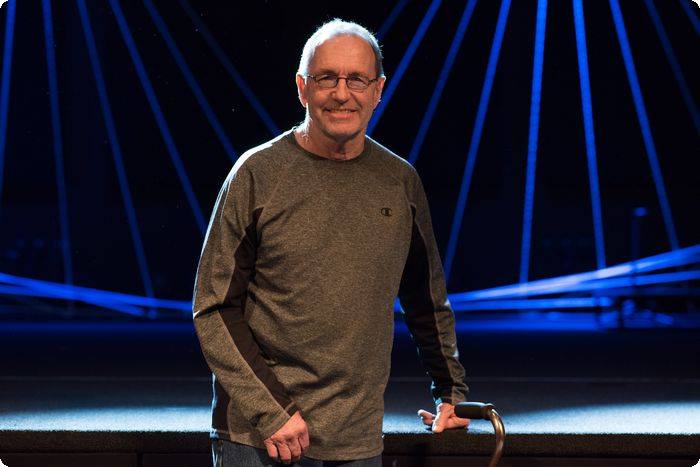 When paging through the dozens of nomination forms for Paul Willman as the 2017 Boyertown Area Citizen of the Year, one word continued to pop up: selfless.
“He’s always been the guy who is at somebody’s house fixing their roof or fixing their car or helping a lady with her plumbing,” friend Mark Malizzi said of Willman. “It’s amazing the kind of lives that he’s touched.”
Willman’s decades of contributions to the Boyertown community have been recognized with his selection to receive the Citizen of the Year award, now in its 63rd year. Willman will be honored at an awards gala April 23 at Boyertown Museum of Historic Vehicles.

“He is not one to seek out recognition for what he does. He’s a behind-the-scenes kind of man,” said his wife of 42 years, Barbara Willman. “That’s just who he is. If somebody needed help, he did whatever he could to help them out, but it was never to be recognized.”
“Pastor Paul” is a Boyertown area lifer, a native of Earl Township and a graduate of Boyertown High School. As associate pastor at Morningstar Fellowship for over two decades, his work not only touched Boyertown, but far beyond.
Willman, who will celebrate his 63rd birthday Monday, completed mission trips to New Orleans and the Gulf Coast region to help rebuild after Hurricane Katrina, as well as to Ecuador, Peru and Guatemala to construct churches and schools.
Two years ago, however, when returning from one of those mission trips, Willman suffered a stroke. The stroke left him with some physical limitations: He now walks with a cane and speaks very little, but friends say it hasn’t diminished his generosity or his spirit.
“He continues to do things behind the scenes to help the community, even though he can’t do much in public,” said Roger Lehmann, chairman of the awards committee who has known Willman for over 20 years.
“When you look in his eyes, it’s the same guy,” Malizzi said. “It’s the same love and the same compassion.”
Malizzi, who was named Boyertown Citizen of the Year last year, recalled times that Willman appeared in Malizzi’s office at Fred Beans Ford in Boyertown covered in grease from fixing a car for somebody who couldn’t afford to take it to a mechanic.
“When it comes to what he’s done for the community, but behind the scenes, I’m not even in his league,” Malizzi said. “He’s touched so many lives that he really is deserving of this.”

62nd Boyertown “Citizen of the Year” Winner is Mark Malizzi